Free shipping on domestic orders $75+
×
The store will not work correctly in the case when cookies are disabled. 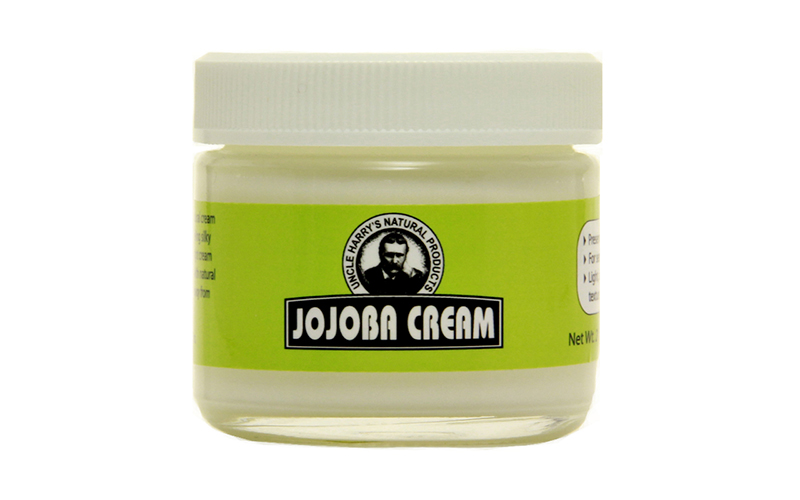 A customer called me recently to ask about Uncle Harry's Jojoba Cream. She was using the product and wanted to know if she could use it daily without any complications. She applies it on her face, body, and even on her hair. She insisted that her hair was unruly, dry curly hair until she began to use Uncle Harry's Jojoba Cream. Now many of her friends stop her and ask her what she is using on her hair as it is glowing with vitality. She was concerned, however, because she uses the Jojoba Face Cream so much and wanted to know if it was safe.

I reassured her that Uncle Harry's Jojoba Cream is a remarkable new discovery. The natural jojoba oil has been altered in much the same way as vegetable oil is altered by the soap making process to obtain a rich, non greasy, stable cream consistency. The end result is a neutral cream that is almost impossible to go rancid. The cream penetrates the skin very quickly and holds in moisture for up to eight hours. This leaves the skin protected with its natural hydration for most of the day. There are no preservatives or any other ingredients. This is truly remarkable for a jojoba derived cream with a single ingredient.

If you are a person who is sensitive to preservatives and all kinds of artificial additives in creams, then Uncle Harry's Jojoba Cream is your dream come true. It is fragrance free and contains only one ingredient, jojoba oil (esters). It will not go rancid. It is not greasy nor will it leave a film on the surface of your skin. It will protect your skin all day. The Jojoba Cream can also be used on the entire body, it is an excellent hair conditioner and moisturizer.