***IMPORTANT SHIPPING NOTICE***
If your tracking number does not update, or you see an incorrect delivery date, this is due to major delays and system overload at the USPS. We have seen orders take up to 14 business days to reach their destination. Thank you for your patience.
×

History of the Farm 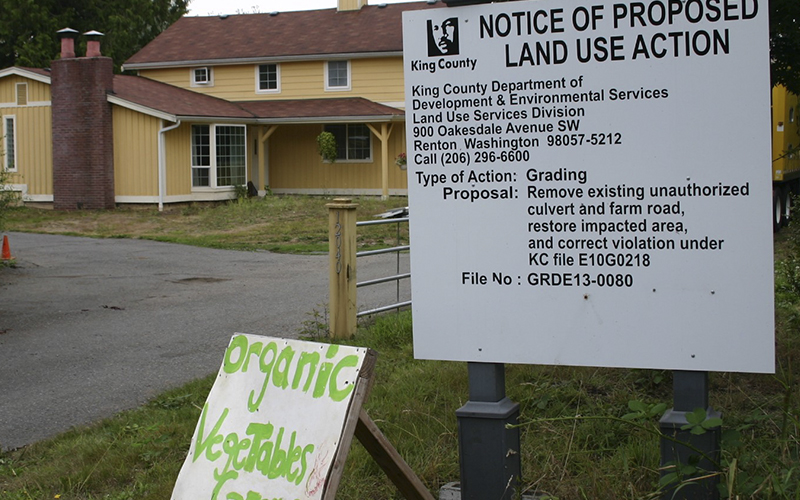 Uncle Harry’s Natural Products. Earth friendly products at people friendly prices. Uncle Harry's is not only a business and manufacturer of personal care products, but a conceptual idea about making and using products that are in harmony with the earth, with people, and with our bodies.

We believe we delve deeper into this way of being in harmony with the earth when we acquired Uncle Harry's Urban Farm five years ago. This post tells the story of how we got the farm, why it is important, and what we  plan to do with it.

We will begin our story many many years ago, before the farm was in clear view, in the San Francisco Bay Area; the year is 1989. Harry Terhanian, age 44, sits inside the dentist office, awaiting the news of his oral health. When the dentist finally comes by, he tells Harry that he has one of the worst cases of periodontal (gum) disease he has ever seen, and that eventually all of Harry’s teeth are going to fall out and there is nothing he can do about it.

The dentist then suggests that Harry pay thousands of dollars for a root canal or continue to let his teeth rot and be fitted for a set of dentures. Left with no practical ideas or solutions on how to prevent his situation from getting any worse, Harry remembers the murmurings of an Ayurvedic recipe for tooth powder that may be the possible saving grace to this mess. After a lot of research, he tracks down the recipe and starts to use it on his teeth. So at his next visit to the dentist office, he’s told that, incredibly, he does not need a root canal anymore.

After Harry discovered this miracle tooth powder, he decided he couldn’t just keep it to himself. First he started to sell it to his congregation, then he started walking door to door to various health food stores, asking them to sell his product and share it with people who needed it. What started out as a home business in the basement quickly spread to the garage, and before he knew it, Harry was creating all types of personal care products. The business was thriving and all was going well, until 2003 when the family house burned down and Uncle Harry's moved into a commercial warehouse, unknowingly commencing the journey to find Uncle Harry’s Urban Farm.

Farming has always been in the cards for Harry. Few people know that well before Uncle Harry concocted his miracle tooth powder, he and his family lived on a farm in France where he operated a soap making business. When the family moved to the states, his desire to farm and work closely with the earth had to be put on hold.

Fast forward to the house burning down in 2003 and the Terhanian family being left without a home, Uncle Harry went in search of a farm. A place where not only his family could live, but a space where community could thrive and nature would flourish.

It wasn’t until 2012 that Harry finally found a property for sale located on the edge of the city of Redmond, Washington. It was nine acres of flat land that was formerly a farm and it still retained its agricultural designation. Due to the housing crisis of 2008, the previous owner of the farm property defaulted on his loan and the farm was repossessed by the bank.

The value was dramatically decreased due to the real estate meltdown, so the bank easily found willing buyers for the property. Harry bid on the house several times, but was outbid each time. It surfaced that the previous land owner had committed several land violations, including the construction of a circular road and the installation of two culverts across the stream running through the farm. If anyone was to buy the property, they were required to correct all violations before the sale was final. When the buyers found out about the cost of rectifying the land violations as well as the cost to repair the six bedroom house and the two dilapidated barns, they pulled out of the purchase agreement. The property kept coming back on the market and eventually the bank accepted Harry’s offer.

After the purchase, a land inspector advised Harry that the process of correcting the violations would be costly and would require patience to see it to completion. He was spot on. In October 2013, a permit was obtained for grading work to remove an existing gravel farm road and one stream culvert as the first step in resolving the violations committed by the previous owner. Now several years later the process is finally coming to an end with the installation of a fence around the stream.

It's 2017. The ground is rich, our hands are ready, and we can finally begin to teach and learn about our beautiful, fruitful Mother Earth.

Stay tuned for more about the stream restoration project and other farm initiatives emerging.